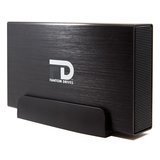 A robust external PS4 hard drive with plenty of space to spare.

Large range of available sizes goes up to 12 terabytes of memory. Open case end allows air to flow to keep the hard drive cool while operating. Comes with a separate holding cradle.

Bright LED light can illuminate a dark room even when the Xbox is just in standby mode. 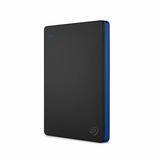 Large capacity in a small form factor with this external hard drive for the PS4 that is small and portable without giving up space.

Large 2 TB and 4 TB capacity versions are both small enough to fit in a bag, pocket, or on a shelf. Direct compatibility with the PS4 does not require any installation.

The hard drive can be noisy at times when loading games and files. 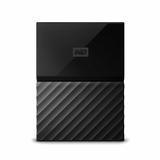 A great external PS4 hard drive that has a track record for consistent reliability.

Unique design fits well with the style of the PS4 and other gaming peripheral. Installed games can be played on other PS4 consoles with the proper authentication.

Does not produce a noticeable speed upgrade when loading games and files.

The slim choice for an external PS4 hard drive that offers great durability and speed.

Compatible with the entire PS4 range including the Slim and Slim Pro. Can achieve fast transfer speeds with the USB 3.0 connection. Durable exterior construction.

The performance of the hard drive can start to lag when downloading updates or files. 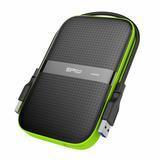 An inexpensive option for an external PS4 hard drive with better exterior protection than other drives.

Heavy duty exterior construction is shockproof and water-resistant. Compatible with any PC, Mac, or console (PS4 or Xbox) platform. Comes with a built-in cable carrier.

Does not come formatted for the PS4 console lineup and may require reformatting.

Every PlayStation 4 owner knows how quickly memory is eaten up by downloaded games, capture gallery videos, and Blu-ray game installation data. Even 1TB PS4 models can run out of room after just a few years. Fortunately, increasing your storage can be as simple as plugging an external hard drive into one of the PS4’s USB 3.0 ports.

Thanks to the system software update 4.5, you can store downloaded games and game data on an external hard drive and play them as you normally would, even if they’re not on the PS4’s internal hard drive. However, not all hard drives are compatible with the PS4, and you will need a hard drive with a USB 3.0 connection.

External hard drives come in different sizes and different capacities, too. Some compatible hard drives may need reformatting before they can store PS4 data, and this is a process that may require a computer. An external hard drive is an investment, so it’s important to find a hard drive with the speed and storage capacity you need, which is why we’ve created this handy guide. 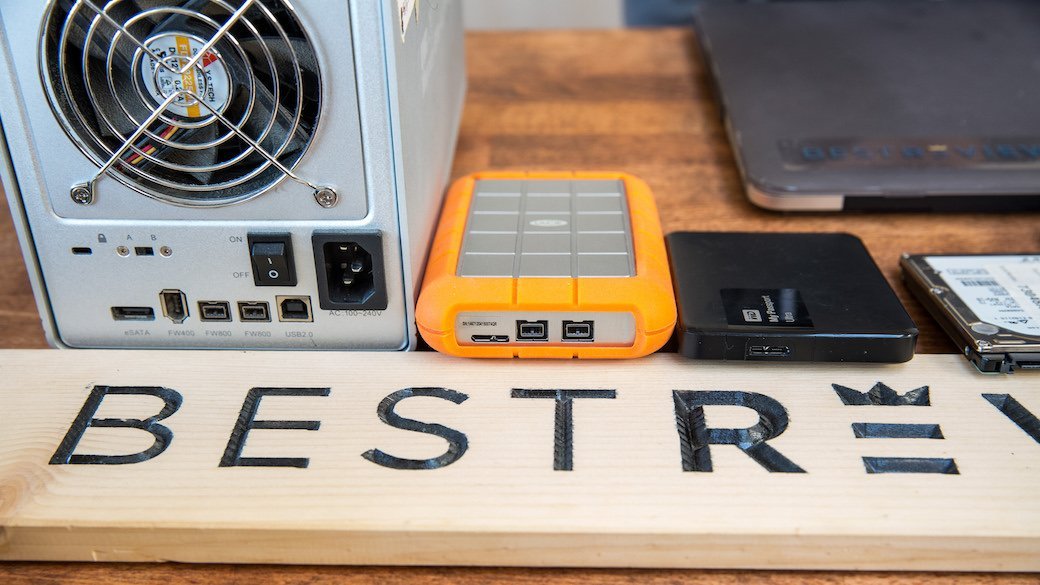 Hard drives, also known as HDDs, are not as fast as solid-state drives (SSDs), but they are almost always less expensive.

When it comes to external hard drives for your PS4, there are two types to choose from: hard drives (HDDs) and solid-state drives (SSDs). An HDD contains a disc that stores data and spins in order to read that data. The faster it spins, the harder your drive has to work, potentially slowing down your operating system.

SSDs, on the other hand, are a newer technology with no moving parts. This allows them to use less power and produce no heat, meaning they run faster than an HDD. SSDs tend to be more reliable and last longer, and because they have fewer parts than HDDs, they also weigh less.

Unsurprisingly, SSDs are considerably more expensive than HDDs. Though the up-front cost is higher, SSDs tend to encounter fewer malfunctions and often have longer warranty periods than HDDs, cutting down on the cost of later replacements.

When you’re weighing your options, storage is probably your first concern—and that’s the best place to start when shopping for an external hard drive for your PS4. It is often only slightly more expensive to purchase a 2TB drive over a 1TB model, and the same goes for the jump from 2TB to 4TB. However, there’s no need to spend more for space that won’t be used.

It’s important to remember that one advantage an external hard drive has over an internal hard drive (aside from the simple installation) is that your storage space isn’t replaced—it’s added to. Most games average around 35GB to 40GB if you’re installing them from a Blu-ray disc. That means you can fit around 25 full games on an external 1TB hard drive. A 1TB hard drive will last most gamers for years, but if you want to go with 2TB or 4TB, you’ll likely never think about storage again.

Not all external hard drives are compatible with the PS4. To ensure that your hard drive is compatible, you should look for a few factors.

Finally, make sure the external hard drive is already formatted to be compatible with the PS4 operating system or can be formatted using the PS4 or a computer.

Though most external hard drives function in the same way, there are a few differences that you may want to look out for.

External hard drives come in different styles and sizes. If physical space is as much of an issue as storage space, you should consider models that include a stand and can be stored vertically. Some models are plain and blocky, while others are sleeker and more stylized.

Another consideration is LED indicators. In some cases, bright LEDs can be disruptive, particularly if you like gaming or streaming video in a dark room.

The main factor that determines the lifespan of a hard drive is heat, so look for designs that allow for airflow to keep your external hard drive cool.

Cord length varies from one model to the next. If you plan to store your hard drive right next to your PS4, a shorter cord will work fine. But if you don’t have room beside the console or just want the hard drive to be out of sight, a longer USB cable is best.

If you travel with your PS4 frequently, you’ll want to consider the durability of your external hard drive. Some models are designed to handle a few bumps and drops, and some may even be able to withstand exposure to moisture and water.

Speed is another consideration. External hard drives, just like internal hard drives, use a spinning disk to access data. The standard, slim, and pro PS4 hard drives spin at 5,400 rpm, which some people consider to be on the slower side. For faster loading and possibly better performance, consider external hard drives with speeds of up to 7,200 rpm. However, take note that 7,200 rpm drives run hotter than those of a lower rpm.

If you have limited space around your PS4, consider the footprint of an external hard drive or go for a model that includes a vertical stand.

If you plan to only use your external hard drive as backup storage, you may need to format it using the Back Up and Restore menu on the PS4.

A hard drive docking station can allow you to use internal hard drives as external storage. Some models also include built-in fans to keep your drive cool.

If you’re looking for a less expensive hard drive, you can find a good model between $55 and $80 offering 1TB to 2TB of storage. More durable models tend to cost more, but they don’t necessarily perform better.

External hard drives in the $80 to $100 range offer up to 4TB of storage and may include extras like cable management or a vertical stand.

For $100 to $200, most external hard drives have 4TB to 8TB of storage and attractive designs. They may also be weather-resistant.

There are plenty of external hard drives that are compatible with the PS4 to choose from. A popular and inexpensive option not featured in our matrix is the Toshiba Canvio Basics Portable External Hard Drive. No formatting is necessary with the PS4—just plug it in and start using the drive. Another affordable option is the HornetTek Viper 2TB External Hard Drive, which is preformatted to work with your PS4 and offers 2TB of storage. The vertical stand saves space, and the indicator lights aren’t too bright. 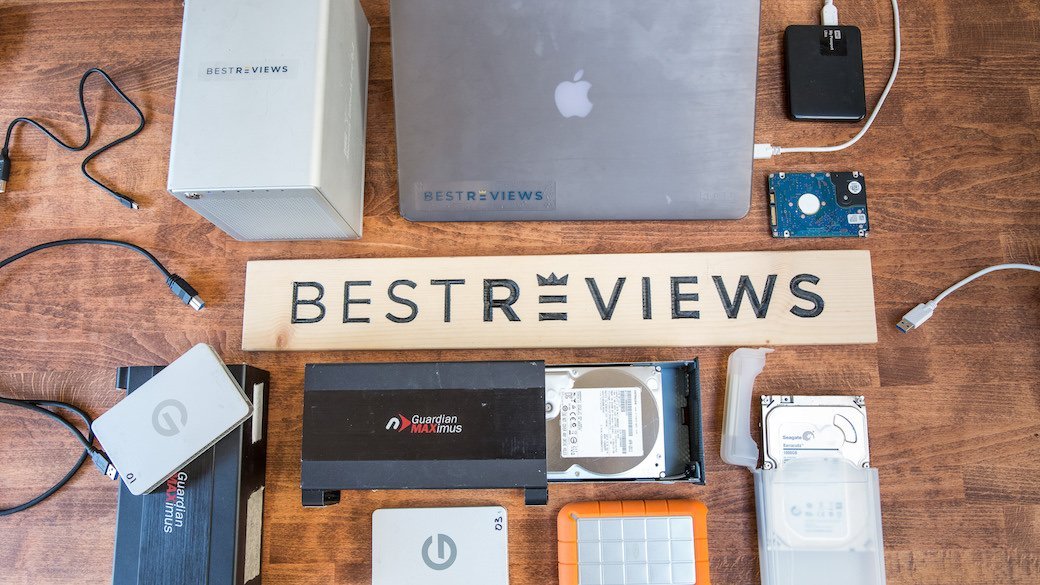 An external hard drive is an easy way to bring your games with you. You can simply plug the hard drive into another PS4 to access stored games without worrying about installation.

Q. How do I set up my external hard drive?

A. First, turn on your PS4 and plug the hard drive into one of the USB 3.0 ports on the PS4. You will then get a notification that either your external hard drive is ready to go or that it needs to be formatted. In the latter case, you can usually select the notification and follow the on-screen steps. In some cases, you will need your computer to format the hard drive.

Q. Why isn’t my PS4 recognizing my external hard drive?

Q. Do I have to do anything to play games stored on my external hard drive?

A. No. Once the game is installed on the hard drive, you should be able to select it from the PS4 menu just like any other game.

A robust external PS4 hard drive with plenty of space to spare. 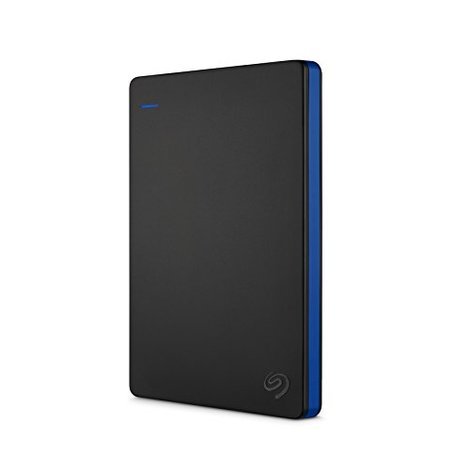 Large capacity in a small form factor with this external hard drive for the PS4 that is small and portable without giving up space. 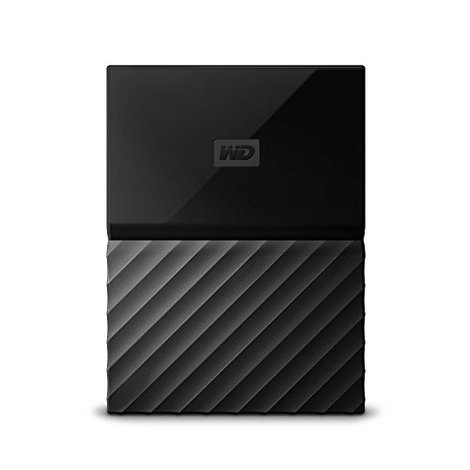 A great external PS4 hard drive that has a track record for consistent reliability. 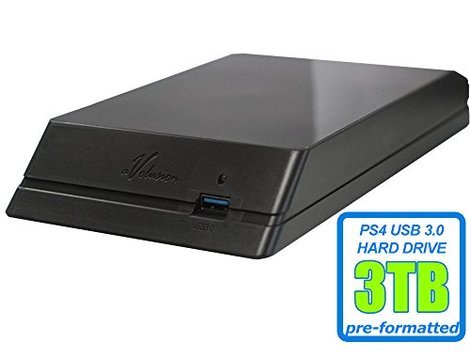 The slim choice for an external PS4 hard drive that offers great durability and speed. 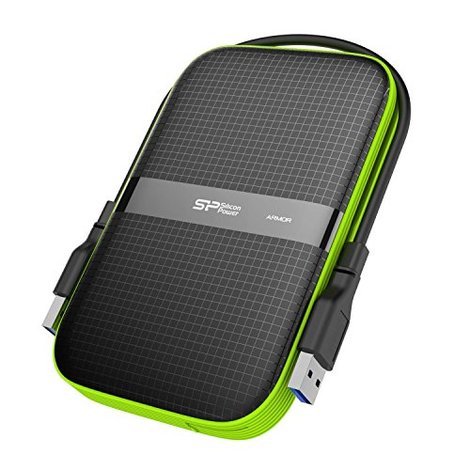 An inexpensive option for an external PS4 hard drive with better exterior protection than other drives.