Reliable, versatile, and lightning-fast, Netgear’s Nighthawk mobile hotspot is well worth your consideration.

A touchscreen display would have been nice.

If your area has 5G coverage and you want the fastest internet speeds at home and on the go, the Google Pixel 4a is a solid investment.

Must have a 5G plan to utilize the hotspot feature. Expensive.

Fast 4G connectivity. Connect up to 10 devices at once. Convenient touchscreen. Utilizes dual-band WiFi for a solid connection. Affordable. Works with T-Mobile and AT&T networks.

10 hours of battery life is on the low side.

This pay-as-you-go option offers a strong connection and power supply in 150 countries. A great option for travelers.

Can connect in slow or no WiFi areas using built-in WiFi extender. Connects to up to 10 devices at the same time. Built-in VPN for privacy. Compatible with Verizon, T-Mobile, and Mint SIM cards. Can be used in 150+ countries.

With its wide range of genuinely useful features, the versatile Skyroam Solis Lite is the best mobile hot spot for adventurers.

Camera feature is only accessible via its companion app.

WiFi can be hard to come by sometimes, and in those cases, the best option is often a mobile hotspot. Mobile hotspots are small black boxes that have one job: they connect to a cellular data provider’s network and use it to power a standalone WiFi access point. With a mobile hotspot, you can provide WiFi for multiple devices and even network them together — it’s basically a portable wireless router that uses carrier data.

Naturally, mobile hotspots come with monthly subscription fees, but most wireless providers will give you a discount if you add it on to your existing smartphone data plan.

Whether you need to make sure everyone on your family vacation gets good WiFi, or you travel alone with multiple devices that need to connect to the web simultaneously, a mobile hotspot guarantees you’ve always got an internet connection.

The right mobile hotspot for you will vary on a few different factors, like your current wireless provider and the number of devices you’ve got. Here’s everything you need to know to find the perfect hotspot. 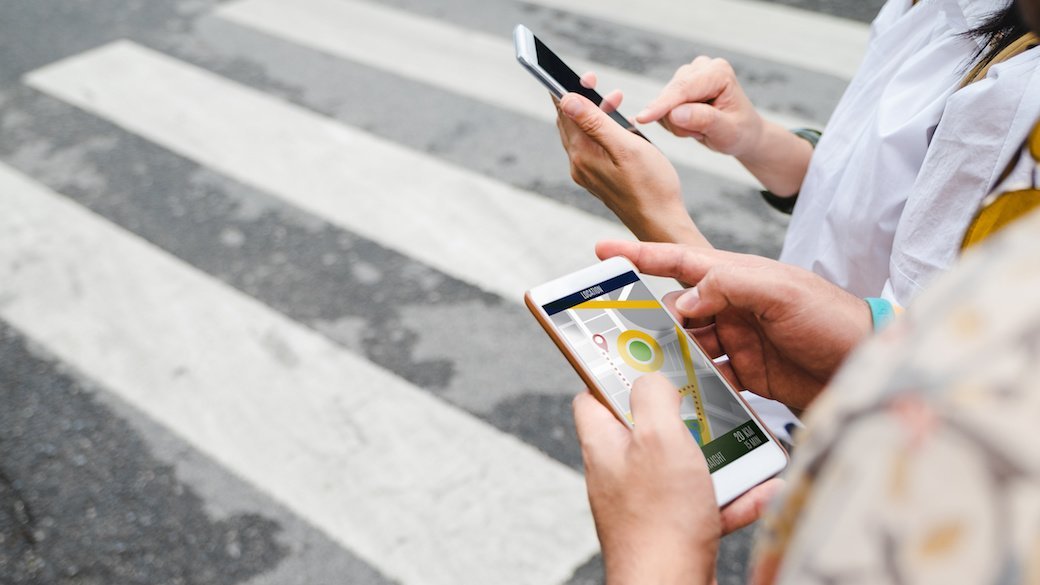 If you’ll be traveling abroad with your mobile hotspot, make sure that your wireless carrier will support it in different countries. Some carriers have restrictions on international use and roaming, so check with your provider before you take off.

There’s a lot of variety across the mobile hotspot market, so it pays to know ahead of time what features you want. Here are the most critical features to keep tabs on.

Mobile hotspots for GSM networks like AT&T’s or T-Mobile’s usually run between $50 and $100. Models in this range offer full support for LTE speeds domestically and usually support five simultaneous connections. If you’re an AT&T or T-Mobile customer and you need the simplest option for getting WiFi anywhere, you won’t need to spend much.

For a mobile hotspot for Verizon or Sprint, you’ll need to spend anywhere between $100 and $150. Models in this price range often include fancier features like touchscreens or high-capacity batteries.

Mobile hotspots that cost more than $200 are typically global models, meaning they’re designed to work in any country around the world. If you frequently travel the world and often find yourself needing data in foreign countries, you’ll need to spend a considerable amount on the right mobile hotspot. If you’re only going to be using your mobile hotspots domestically, you don’t need to spend as much.

"While it’s possible to use a smartphone as a mobile hotspot — both Android and iOS will let you set up your own impromptu WiFi network, so other devices can piggyback from their signal — we don’t recommend doing so on an extended basis. Smartphone hotspots usually struggle to connect more than one or two other devices, and they often don’t deliver speeds as fast as proper mobile hotspots do."
STAFF
BestReviews 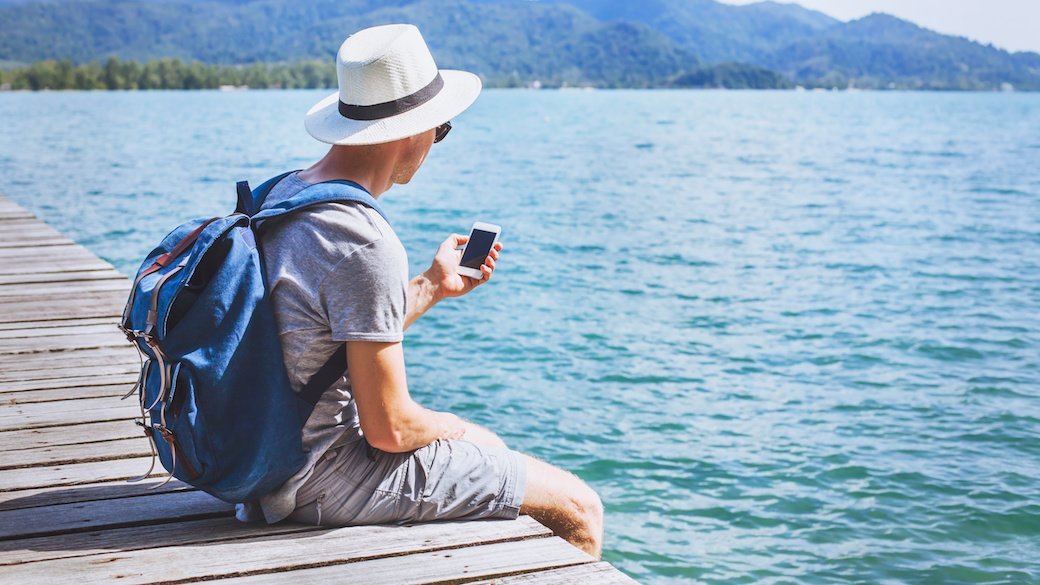 Q. Can I use a mobile hotspot as my home’s primary internet connection?

A. If you’re only connecting a handful of devices, yes. If you plan on connecting a full home’s worth of devices or multiple devices for other users, it’s not a great idea. Mobile hotspots are ideal for situations where you need fast WiFi in a pinch — like at hotels or airports — but they’re not really designed to do all of the heavy-lifting of a proper home internet connection. (Even if they could, wireless providers would slow down your data speeds if you consume too much from them, in a common practice known as throttling.)

Q. Will I need to buy a new SIM card for my mobile hotspot?

A. Probably. Subscriber Identity Module, or SIM, cards used to be only for some wireless carriers, but they’re now required for any mobile device on a carrier data plan. You’ll need to buy a SIM card for your mobile hotspot directly from your wireless provider (so that it can be registered to your account), but they’re usually less than $20.

Q. Will a mobile hotspot get better reception than my smartphone?

A. It depends, but probably not. Mobile hotspots use cellular radios just like your smartphone, and performance will always depend on reception. If you have a particularly old phone with outdated hardware, a mobile hotspot may give you a nice boost, but for the most part, your mobile hotspot will get the same reception your smartphone does — for better or for worse. 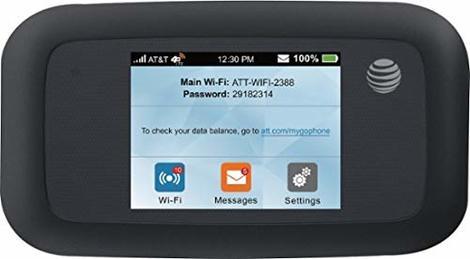 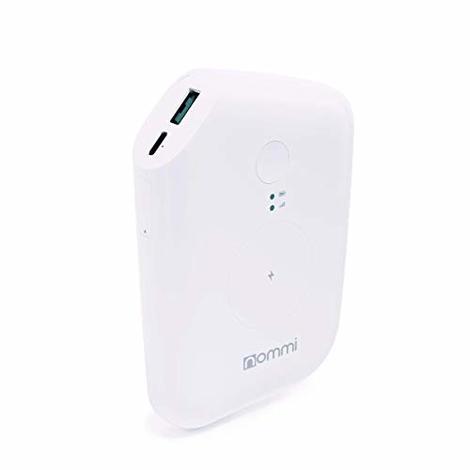 This pay-as-you-go option offers a strong connection and power supply in 150 countries. A great option for travelers. 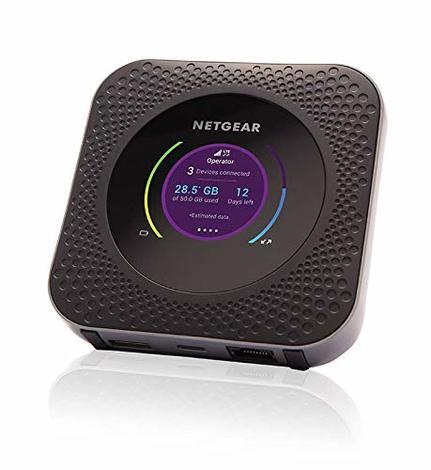 Reliable, versatile, and lightning-fast, Netgear’s Nighthawk mobile hotspot is well worth your consideration.

If your area has 5G coverage and you want the fastest internet speeds at home and on the go, the Google Pixel 4a is a solid investment. 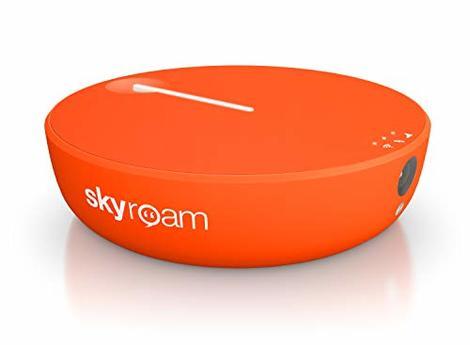 With its wide range of genuinely useful features, the versatile Skyroam Solis Lite is the best mobile hot spot for adventurers.