This popular model offers fast and precise navigation and a range of mapping and plotting data.

Compact GPS with high-frequency ClearVu scanning sonar that provides near photographic images with detailed representations of objects, structure and fish. Waypoint map allows you to easily view, mark and navigate to locations. Chip Sonar transmits continuous sweep of frequencies for wider range of information and creates crisper fish arches with better target separation. Easy to use and easy to install. Comes with built-in flasher format, which is great for ice fishing or vertical jogging.

A couple of customers noted screen is not waterproof. 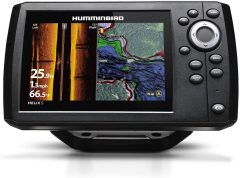 This model offers multiples features to enhance your fish-finding and navigating experience.

A few customers were dissatisfied with quality of transducer. 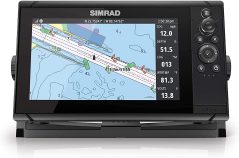 This intuitive GPS allows you to cruise confidently and effortlessly.

A couple of customers were dissatisfied with depth finder. 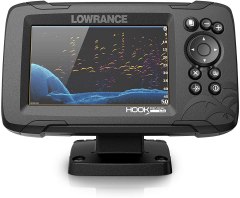 This product provides crisp and clear imaging and top-notch features for easy navigation.

While purists still love a traditional paper chart, with the advent of marine GPS, it’s never been easier to establish your position or chart a course, whether that’s sailing around a major lake, following the seacoast to a deserted cove, or plying the ocean. Modern marine GPS receivers also offer a variety of other benefits. Sonar can map the sea beneath you. Locating fish is another popular option. And radar can be a great safety feature.

A few companies dominate the market with a wide choice of models. The differences in technology and jargon (often with different names for what are effectively the same thing) can make choosing the right model difficult, especially if you’re buying your first marine GPS.

We at BestReviews have been looking at the latest developments and assessing performance across a range of price brackets. Our recommendations showcase what’s available for boat owners with a variety of needs and budgets. In the following marine GPS buying guide we focus on the details you’ll need to consider when making your decision. 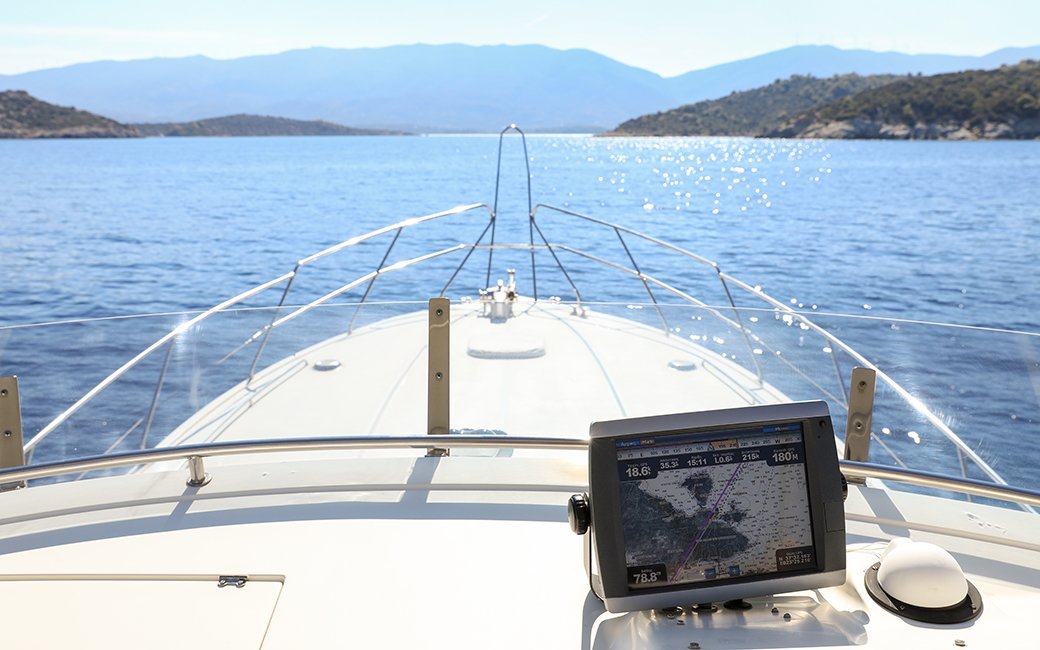 Marine GPS usually comes with a bracket for permanent mounting. If you need to move it from boat to boat, suction-cup mounts are available.

When it comes to choosing the right marine GPS, we’re going to look at five key areas: type, accuracy, maps or charts, screens, and other options.

Although you have two main options — handheld or mounted — wearable marine GPS devices worn on the wrist have also started to appear.

Handheld: Early handheld GPS devices were extensions of VHF radio, but now there are plenty of dedicated units available. Their big advantage is portability, which is very useful if you need to use it on more than one boat. These are invariably waterproof, though the level varies (check the IPX rating), and will float (at least for a while) if dropped in the water. A rubberized casing protects many of them from physical damage. Handheld GPS can also be very affordable. The main drawback is the screen size, and you’re not going to be able to add sonar or a fish finder. Handheld units are powered by batteries (usually rechargeable). You’ll want to check the run time, but it’s a good idea to carry spare batteries anyway.

Mounted: This type of marine GPS almost always comes with a fixing bracket, though suction-cup mounts are an alternative. The main benefits here are increased screen size, so detail is clear, and the ability to add transducers for general sonar and fish finding. Fixed units are usually wired into your boat’s battery.

Wearable: At the moment, we see wearables as an interesting addition to either of the above devices, but they don’t offer enough features or clarity to be adequate replacements for them.

Perhaps the most important aspect of GPS is knowing where you are at any given time, so positional accuracy is going to be high on your must-have list.

Data: Manufacturers usually say their device takes its data from 12 or 24 satellites, so you’d think the latter would be preferable when, in fact, it makes little difference. Your actual position is almost always triangulated using three satellites, and they’ll pinpoint your boat to within about 15 feet, which is close enough for most people!

Updates: The frequency of updating is a feature that manufacturers focus on, though whether it’s five or ten times a second probably only makes a difference to naval vessels.

When marine GPS first became available, many devices came with no maps at all — each was an add-on. Now, you usually get some preloaded charts, often of inland waterways and coastal areas. You can add more by buying them on SD cards. It’s a subject that each boat owner needs to investigate. The help we can offer here is limited because it depends on where you want to sail. However, it’s certainly worth looking at devices that offer the greatest flexibility when it comes to accepting navigational data.

Level of detail: Do you need high-level mapping? If you’re just bouncing around local harbors (whether freshwater lakes or at sea), then latitude, longitude, and compass may be sufficient, especially if you’re an experienced sailor and know the waters well. On the other hand, the most advanced maps might show underwater topography and provide weather patterns. For novice boat owners and long-distance sailors, they offer considerable advantages.

There aren’t really any shortcuts for this part of your decision making. Think about what you need regularly and what you might want to add at a later date. Flexibility and expandability come into the equation. With digital GPS maps on SD cards priced at $100 and more, it can make a big difference to the cost.

3D: Some advanced marine GPS maps offer 3D representations, above and below the water. They may also be able to automate guidance, following a path you set depending on parameters like clearance/depth.

Updates: There’s also the question of how easy the map data is to update — the coast, in particular, might undergo dramatic human-made changes. Are updates included in the purchase price? Is there a regular subscription? Do you need to buy new cards?

The most basic marine GPS — information that’s part of a VHF transmitter — only gives you bitmap images. The longitude, latitude, and compass detail it provides will in all likelihood be more useful than the picture.

Color: Black-and-white screens, once a cheap alternative, are now seldom used. Though cheaper, the lack of navigation color, such as green and red buoys, limit their usefulness. Modern digital screens can offer similar high resolution to your phone, tablet, or laptop, in most cases giving you clear detail, in full color.

Size: Screen size also has an impact, and if you find yourself squinting at your phone, you’ll probably want to go for a physically larger marine GPS. Sizes range from 2 to 4 inches on handhelds, and from 5 inches on entry-level fixed models all the way up to a massive 16 inches.

Modes: If you’re in areas where the sun shines a lot, or you often sail at night, then Sunlight and Night modes are worth considering, either reducing the glare that makes all digital screens difficult to read in bright daylight or adding extra backlit illumination when it gets dark.

Sonar: Many marine GPS are sold primarily as fish finders, but to do that job you need sonar. Data is provided by a transducer, often a skimmer transducer that rests just below the surface of the water. These may or may not be included in the price of your GPS.

VHS: A VHS transmitter is another possible addition. Among other things, this allows you to combine an Automatic Identification System (AIS) and send GPS data in the event of an emergency. There are numerous combinations and features available, so it warrants further investigation.

WiFi: WiFi compatibility can provide the ability to view the same data as your marine GPS on your portable device and even control some aspects remotely.

MOB: A Man Overboard (MOB) feature allows you to instantly mark a GPS position, which can be shared with rescue services.

Autopilot: In some cases, it’s possible to link a marine GPS to the boat’s autopilot.

Radar: Radar may also be offered with some marine GPS systems.

Inexpensive: The cheapest marine GPS are handheld units that start at a little under $200. That will get you either a VHF radio with GPS added or the clearer dedicated GPS, albeit with a rather small screen.

Mid-range: Fixed marine GPS devices start at around $450 for a 5-inch screen, rising to around $600 for a 7-inch screen. There are lots of choices in this price bracket. Compatible transducers (if available) will add $100 or so.

Expensive: Screen size remains the major difference in the most expensive units, though increased feature sets are also a factor. Nine-inch models are likely to be $1,000 and more. Some at this price include a transducer, but many do not. Also available are 12- and 16-inch models, the latter topping $4,000. 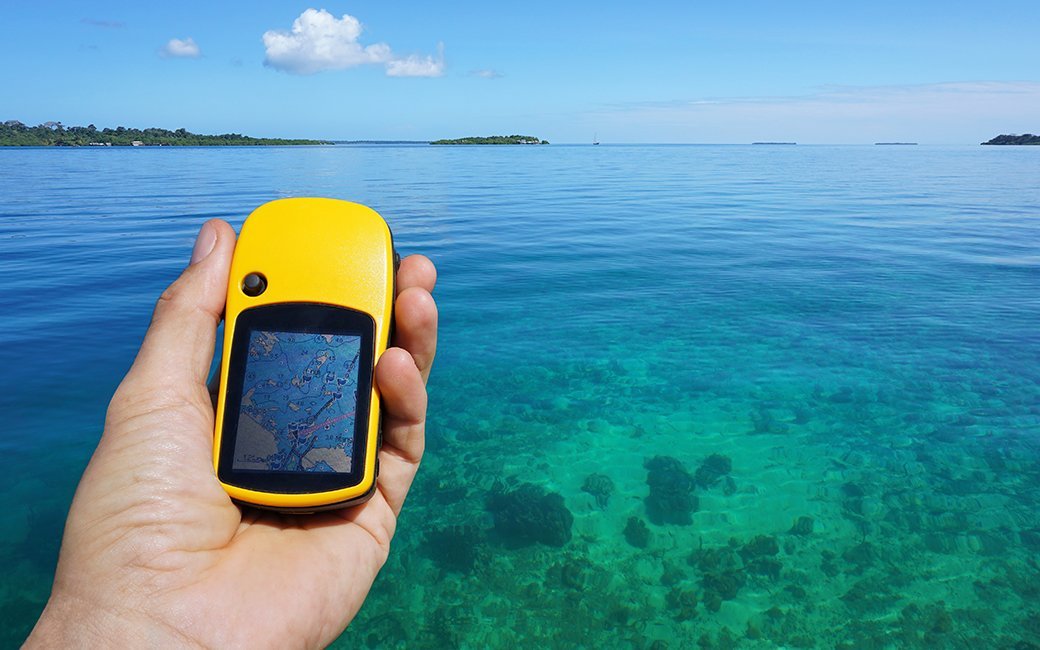 If you’re considering a handheld GPS, check the IPX rating. This is an independent, international standard for waterproofing. IPX7, for example, means the device will cope with immersion in 3.3 feet of water for 30 minutes. Full details can be found online.

Q. What’s the difference between a chart plotter and a GPS?
A. Strictly speaking, the device you have in your boat (or other vehicle) is a combination of both. A GPS (Global Positioning System) receiver uses orbiting satellites to establish where you are, but that’s all. A chart plotter takes that information and puts it on a digital map (or maritime chart). GPS is the term we all use on a daily basis, though you might also see them called GPS plotters.

Q. Can I use an app on my phone rather than a dedicated marine GPS?
A. You can. Whether that’s preferable or even practical is a matter of personal choice (and much debate). Search and rescue and law enforcement use GPS units because they’re more accurate and more reliable. There’s also the question of how your phone will do in a saltwater environment (or even submerged). On the other hand, digital chart companies also produce apps, so it’s worth considering if budget is a major factor.

Q. What is CHIRP?
A. Compressed High-Intensity Radar Pulse is a kind of sonar originally developed by the US military in the 1950s but now commonly used in marine GPS with fish-finder options. Where standard sonar uses one frequency (effectively creating a 2D image), CHIRP sends different frequencies, thus returning much greater detail. It not only clarifies just what the image is, it can even help differentiate between types of fish.

Other Products We Considered
The BestReviews editorial team researches hundreds of products based on consumer reviews, brand quality, and value. We then choose a shorter list for in-depth research and testing before finalizing our top picks. These are the products we considered that ultimately didn't make our top 5.
Garmin
Striker Plus 4 with Dual-Beam Transducer
Garmin
Striker Plus 5cv with Transducer
Nautilus Lifeline
Marine GPS and Neoprene Pouch
Simrad
Cruise-7 Chart Plotter
Humminbird
410940-1NAV 410940-1NAV HELIX 7 Fishfinder
Our Top Picks 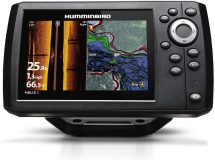 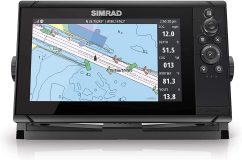 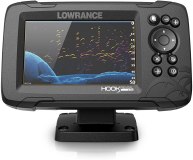 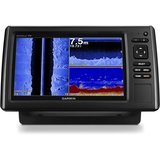 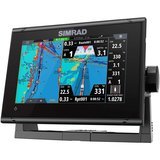 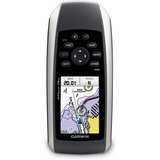 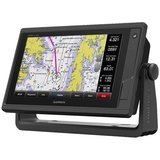 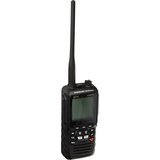