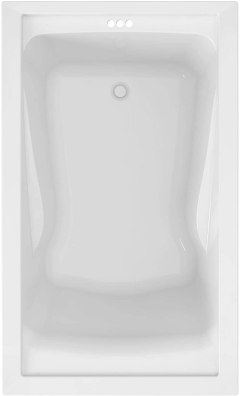 A comfortable bathtub that is best for smaller individuals. It features a relaxing deep-soak design.

This bathtub requires a special deep-soak drain that allows the tub to be filled up to 3 inches higher than a typical tub. Additionally, this model has a wide contoured lumbar support and molded armrests for comfort.

Because of the unique design of this stylish bathtub, the legroom is a bit less than may be expected.

If you are considering a budget remodel for your bathroom, this affordable alcove tub is a solid option.

A no-frills model that offers easy installation due to its simplistic construction. It has a left-handed drain with nearly a 14-inch depth, and it is manufactured using acrylic reinforced with fiberglass and resin.

To keep the water at a comfortable temperature, wrap the tub in insulation during installation.

This alcove tub has a glossy porcelain enamel finish and a built-in overflow drain that simplifies installation.

A few users ran into some issues with the finish on this model not holding up as well as expected.

The adjustable feet on this model allow the installer to quickly level the bathtub. The integral three-sided flange guards against leakage, while the 16-inch soaking depth offers users to have a luxury experience.

As with all acrylic tubs, the surface of this model is not as durable as higher-priced bathtubs. 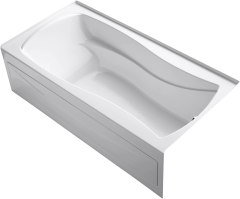 A spacious alcove tub with a modern flair, manufactured by a company known for its bath products.

This bathtub is 6 feet long so it offers a little extra room, making it a good option for taller individuals. The textured bottom is designed with safety in mind, and it comes with an integral apron and flange to facilitate installation.

While it receives praise from homeowners, this bathtub is the highest priced model on our shortlist.

What is an alcove bathtub, and why might you want one? The answer is both simple and complex because the two parts of the question are mutually dependent on each other.

In its simplest form, an alcove bathtub is designed to fit into a three-sided area in your bathroom. There will be a wall on the front, back, and along one side. The other side will be open to the bathroom. This is where you would install shower doors or a shower curtain. Most alcove bathtubs have shower heads these days, necessitating the installation of a water barrier of some kind. In short, an alcove bathtub is the kind of bathtub most people grew up with. It is the kind of bathtub you find in the average hotel room.

Alcove bathtubs are fairly standard in size. Even small bathrooms are designed to have one installed in them, so if space is an issue, an alcove tub is probably your best option. They are also less pricey than most other bathtub designs.

If an alcove bathtub sounds like the right choice for your space, read on to learn more about your choices. We’ll point you in the direction of our favorite alcove bathtubs, too. 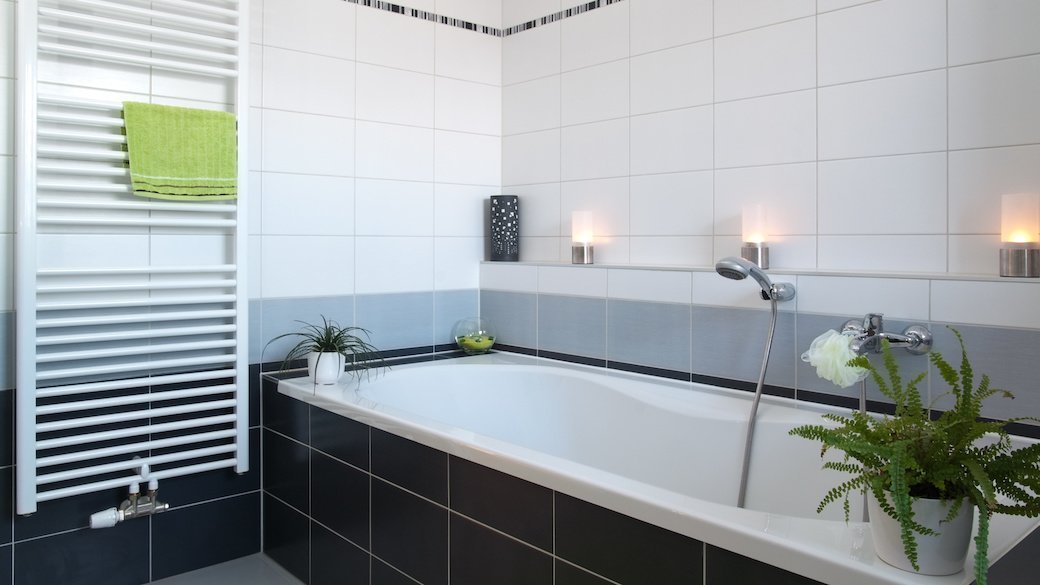 Marble and tile bathtubs are almost always custom-made. These are the most expensive alcove bathtubs you can get.

One of the primary facts you need to know before buying an alcove tub is whether you need a left-handed drain or right-handed drain. Alcove tubs have a wider rim on the outer side of the tub than they do on the wall side of the tub. This means the drain, which is centered on the interior of the tub, will be offset to the left or right of the bathtub overall (outside to outside).

Once the plumbing is in place, moving it is difficult, time-consuming, and costly. It can be done, but it’s better to get a tub that matches the existing plumbing. This means you need to determine which way the plumbing is oriented and which bathtub you need.

The standard alcove bathtub is 60 inches long, 32 inches wide, and 19 inches high. These are the exterior dimensions, and the alcove you’re fitting your new bathtub into should be just large enough to accommodate those measurements.

This “standard” is unofficial, though. There is nothing mandating that all alcove bathtubs be that size. In fact, many are not that size. There can be variations by as much as two or three inches. Some alcove bathtubs, advertised as soaking bathtubs, might be as much as 10 inches wider than the standard. Take care to measure the alcove you’re putting your new bathtub into, or you’ll have a lot of extra work on your hands to make it fit.

Closely related to the dimensions is the depth of the bathtub. The deeper the bathtub, the more water it will hold, which is good if you like to soak. However, the deeper the bathtub is, the more difficult it will be for elderly or handicapped people to get in and out. Before getting the tub, have everyone who will be using it step over a practice barrier to determine whether they’ll be able to manage it safely.

Slab vs. pier and beam

A slab house has a concrete foundation that can handle enormous amounts of weight, but a house with a pier and beam foundation will be more limited, particularly if it is an older house. If your house has a pier and beam foundation and was built before 1960, you should have a contractor crawl under it to inspect the beams and joists. Water is very heavy at 8.3 pounds per gallon, and you need to make sure the weight of a new and perhaps heavier bathtub wouldn’t damage your foundation.

"Some bathtubs are made purely from fiberglass, but they have a tendency to flex when you put your weight on the sides as you’re getting in and out. They’ve lost a lot of popularity because of this flexibility."
STAFF
BestReviews

Once you’ve got all the practicalities out of the way, you can spend some time looking at the bells and whistles that make your bathtub more than just a tub.

Slotted overflow vs. round overflow

Another stylistic feature centers on the tub’s overflow holes. Round overflow holes are the standard shape. Some manufacturers use slotted overflow holes with brushed metal sides to give it a more modern look. The purpose is the same either way, but a sideways slot looks more elegant than a round one.

After John Glenn successfully returned from space after being the first American to orbit Earth, he slipped and nearly split his head open in the bathtub at his own house. It’s a story that’s been retold countless times, and it’s amusing until you’re the one who slips.

For years, bathtubs didn’t have non-slip bottoms that were rubberized or textured. Now, it is difficult to find a bathtub that doesn’t have this type of bottom. As showers have increased in popularity, the demand for non-slip surfaces has also increased. Soaking tubs are the main bathtubs that don’t have a non-slip or non-skid surface in them because they’re just not that comfortable for sitting.

If you’re buying a soaking bathtub, get a separate bath mat you can put in there when you’re taking a shower. You can remove it for those long, relaxing soaks. Otherwise, consider a tub with a non-slip bottom.

Bathtubs are generally made from one of three durable materials: steel, porcelain, and acrylic. There is a fourth option, as well — fiberglass — but it’s not as popular.

White, pink, and yellow were the main colors available for bathtubs for a long time. Lately, though, the available colors have expanded to include various shades of gray, tan, and black.

Did you know?
Acrylic bathtubs use sheets of fiberglass for added strength beneath the acrylic exterior.
STAFF
BestReviews

The low prices for alcove bathtubs sit in the $400 to $500 range. These will normally be porcelain tubs with low sides, not much depth, and no fancy overflow holes.

The mid-range prices stretch from the mid-$500s to the upper $600s. Soaking bathtubs are generally found in this range. They may be wider than 32 inches, and acrylic is a common material.

Anything above $700 is considered to be at the high end of the price range. Here is where you’ll find bathtubs with modern colors and slotted overflow holes with brushed metal. Deeper tubs are also common.

Another bathtub we like is the American Standard Evolution Bathtub with Dual Molded-In Arm Rests. It is a soaking tub that can be installed several different ways. It has concave sides to create molded armrests and comes in white, linen, and arctic shades.

Another tub we like is the Kingston Brass VTAP663222R Aqua Eden 66-Inch Acrylic Alcove Tub. It’s longer, wider, and deeper than the ordinary alcove bathtub, making it a soaking tub worthy of its name. The size will require some extra work to install it, though. 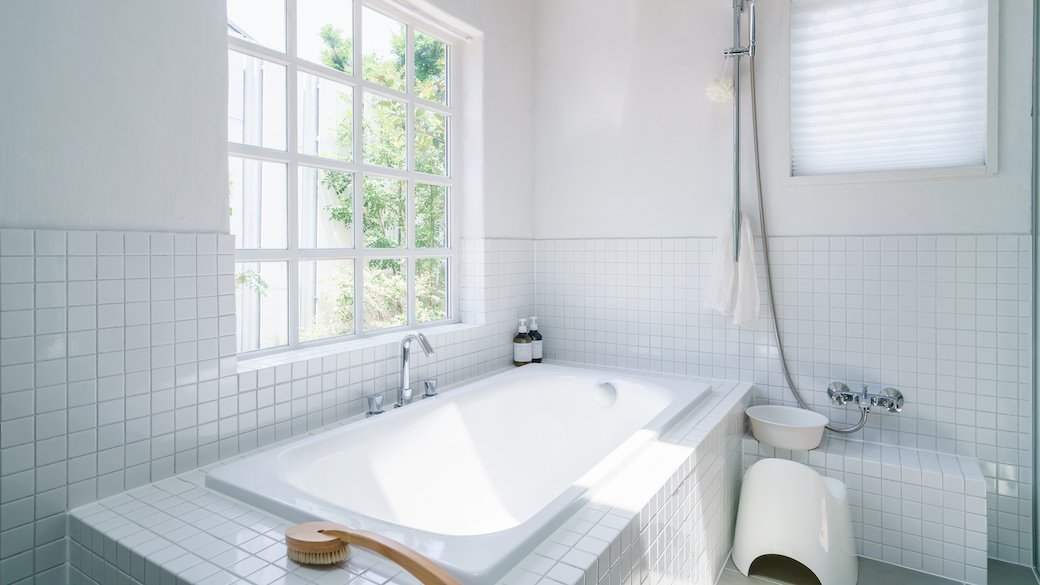 Cast iron tubs, with a thick exterior coating of enamel, are the heaviest and most durable type of bathtub there is. They are also the most expensive bathtubs on the market.

Q. How long should it take to replace an alcove bathtub?

A. Under ideal conditions, the project should take three to five days. If there are foundation issues or you have to knock out a wall, it could take a couple of weeks.

Q. How much does a contractor charge to replace a bathtub?

A. This is the most common question and the hardest to answer. Depending on your city and state, it could cost anywhere from $3,000 to $6,000 to hire someone for the job.

Q. What is the best shower curtain rod for an alcove bathtub?

A. A curved metal shower curtain rod creates more space inside the tub when you’re showering, and a metal rod lasts longer than a plastic one. 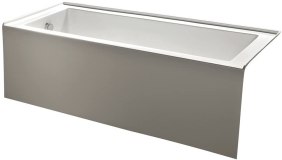 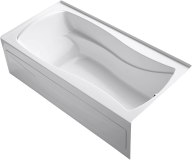