Gives the best results in a short amount of time.

Can be applied to a number of different types of engines, including ones found on smaller appliances like lawnmowers. Fast-acting to quickly get the engine up and running. Freshens stale gas.

Can run a little thin when first using it.

One of the best budget engine starter fluid options you can buy.

Handles tougher, more stubborn engines better than other budget options. Starts engines in even the hottest or coldest weather conditions. Prevents corrosion. Comes in a larger can at a decent price point

There are better premium engine starter fluids out there.

A solid starter fluid that is great for work equipment.

Works for most 2 and 4-cycle combustion engines. Uses a special formula to help start smaller engines with more delicate components. Will help remove corrosion and debris.

Included lubricant prevents wear when starting up in sub-zero weather. Rarely fails to start an engine that's been sitting for a long period. Starting fluid performs down to -65 degrees F.

Some customers are skeptical about its viability with diesel engines.

Because engine starter fluid allows the engine to start easier and faster, its use can reduce wear and tear from unsuccessfully trying to repeatedly start the engine in low temperatures. Having a bottle of engine starting fluid stored in your trunk or glove box could be the difference between starting your vehicle on a cold winter night and being stranded.

Even though engine starting fluid is highly flammable and could cause a fire when applied incorrectly, its benefits typically outweigh such concerns — just be sure to use it with care. If you find yourself having to apply engine starter fluid repeatedly, you should have a mechanic check out the engine, since you may have a serious problem with it. 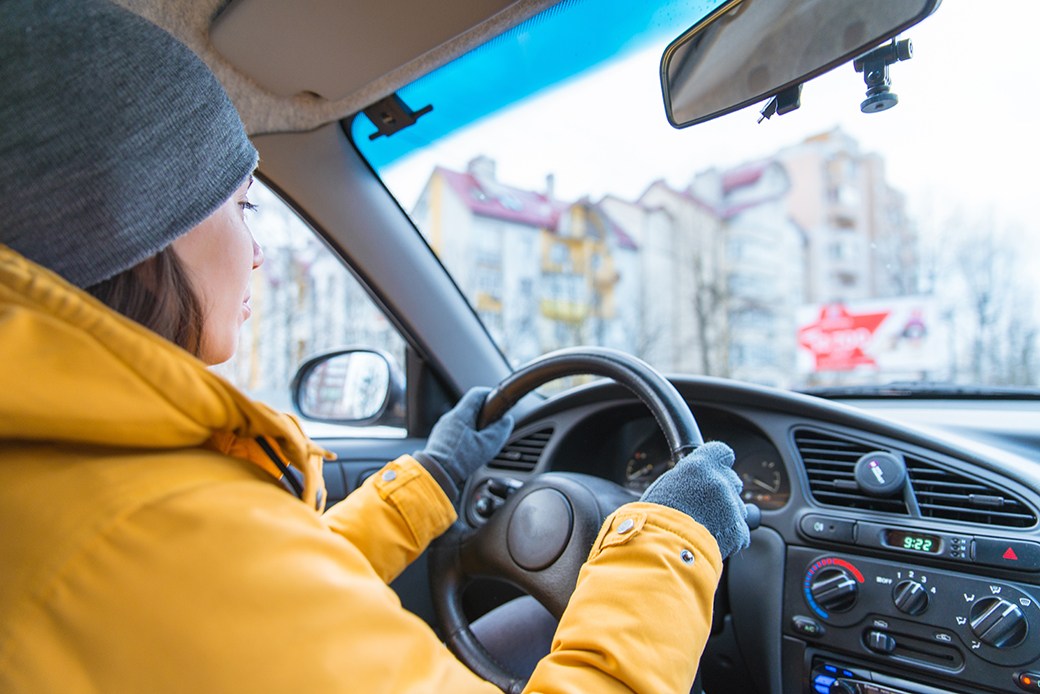 Engine starting fluids provide a lower ignition temperature than other types of fuels, which makes them useful for starting an engine on a low-temperature day.

How to buy the best engine starting fluid

The majority of engine starting fluids work safely for vehicles that contain typical gasoline engines. There are rarely restrictions or problems when applying the fluid to this type of engine.

For a vehicle that runs on diesel fuel, there are some restrictions on how you can use the engine starter fluid. Some fluid brands simply are not compatible with diesel engines. Of those fluids that are compatible, some may not work for diesel engines that have heated elements, such as glow plugs, attached to them.

Because a fuel injection engine doesn’t rely on intake air to mix with gasoline and create the ability to start the engine, engine starting fluids are not as effective with these systems. Fuel injection systems don’t have a carburetor.

If you decide to use engine starter fluid on the fuel injection system engine, spray it directly into the injectors. It’s important to place the starter fluid in the correct spot with this type of engine.

A traditional engine with a carburetor works nicely with engine starter fluid. The majority of the time, you add the fluid to the air intake area. However, the instructions on some bottles may recommend adding the fluid near the spark plugs or in the carburetor bore. 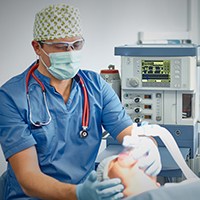 Did You Know?
Some engine starting fluid formulas consist primarily of ether, which also has a history as a medical anesthetic.
Staff
BestReviews

An engine starting fluid typically contains diethyl ether as its primary agent in the mixture. Some fluids use ether as the primary agent, but this is less common now than it was years ago.

If you choose a starting fluid mixture that primarily contains ether, it has a greater chance of creating a spark in extremely low temperatures. However, it’s far more flammable and volatile than diethyl ether, so it’s important to have the knowledge to use the ether-based fluid correctly and safely.

The majority of engine starting fluids have a minimum temperature at which they work. A rating of -65 degrees Fahrenheit is common among the most popular fluids.

One way to keep the engine cleaner is through the use of an engine degreaser. This type of product loosens contaminants on the engine, simplifying cleanup. A cleaner engine should start easier, even in low temperatures, which may reduce the frequency with which you need to use engine starting fluid.

Sometimes, an engine that won’t start needs a jump for the battery rather than the use of engine starting fluid. When jumper cables won’t work for starting your car, a jump starting machine is a solid alternative. Some jump starters can also provide a trickle charge for the battery, keeping it fully charged in cold weather.

Manufacturers sell engine starting fluid in bottles. A standard bottle of starter fluid has 10 or 11 ounces of capacity. However, because each bottle may have a different capacity, try to compare the cost of different brands of fluid by the ounce.

The least expensive starter fluids cost about $3 to $6 for a 10-ounce bottle (or about 30 to 60 cents per ounce). If you choose a starting fluid in this price range, you may have to buy a pack of several bottles at once.

The most expensive starting fluids cost $10 to $20 for a 10-ounce bottle (or about $1 to $2 per ounce). These fluids may contain lubricant or may have a formula that helps with a flooded engine. 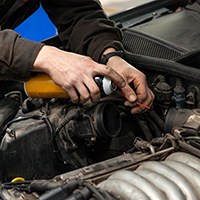 Did You Know?
Not every engine starting fluid product is the same. Some have lubricants added to them, for example. Be certain that the product you’re using is capable of performing the task you want it to do.
Staff
BestReviews

Here are some tips for applying engine starting fluid correctly and safely to an air intake engine with a carburetor: 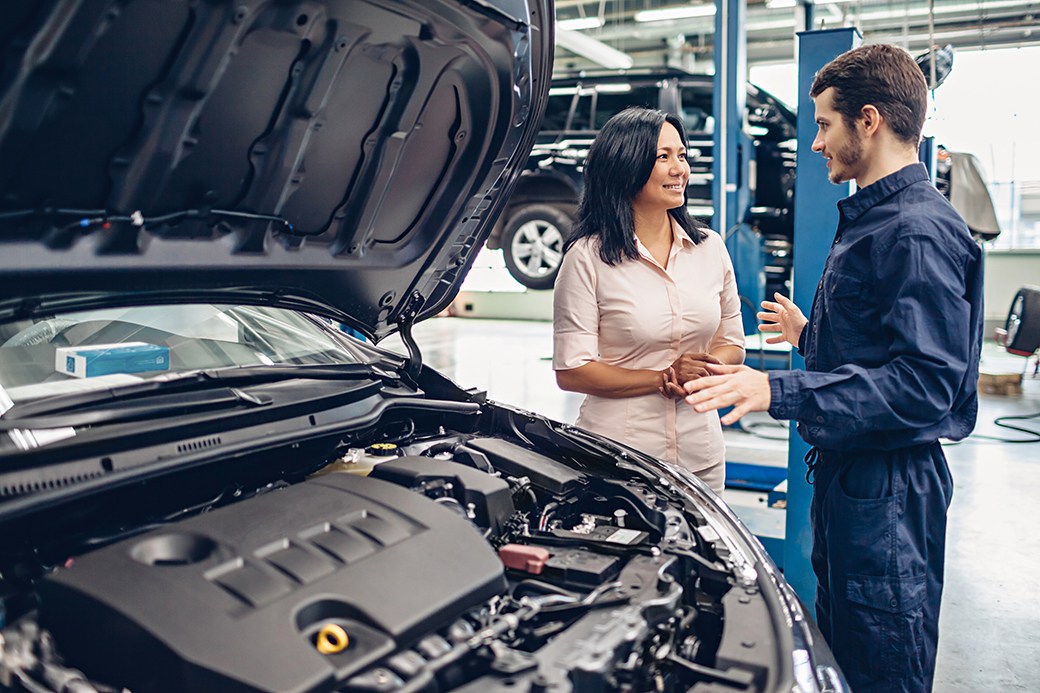 If you’re unsure whether you should use engine starting fluid or where you should apply it, ask your mechanic.

Q. Can I use engine starting fluid on a flooded engine?

A. When you try to start an engine repeatedly, you can “flood” the engine, meaning its fuel and air mixture is too rich to allow the engine to start. Some brands of engine starting fluid alleviate this problem, bringing the air/fuel mix back to balance. However, some fluids don’t work for this purpose. Check the instructions included with the bottle of fluid.

Q. Is it safe to use engine starting fluid on a diesel engine?

A. As long as the diesel engine doesn’t have a preheat system installed or glow plugs, using a starting fluid on the engine should be safe. These preheated items could cause the fluid to ignite as you’re applying it. If your diesel engine manufacturer doesn’t specifically say it’s safe to use starting fluid on the engine, you may not want to use it.

Q. How many times can I apply starting fluid?

Q. Can I add starter fluid directly to my gas tank instead?

A. No, you shouldn’t add the fluid to the gas tank of an automobile. Apply the starter fluid to the proper part of the car’s engine. Follow the directions on the bottle of engine starting fluid, or you run the risk of starting a fire.

Top Pick
filler
Bottom Line
A solid fluid that will get the job done and is easy to use.
Shop Now 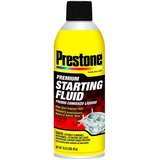 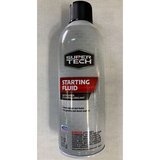