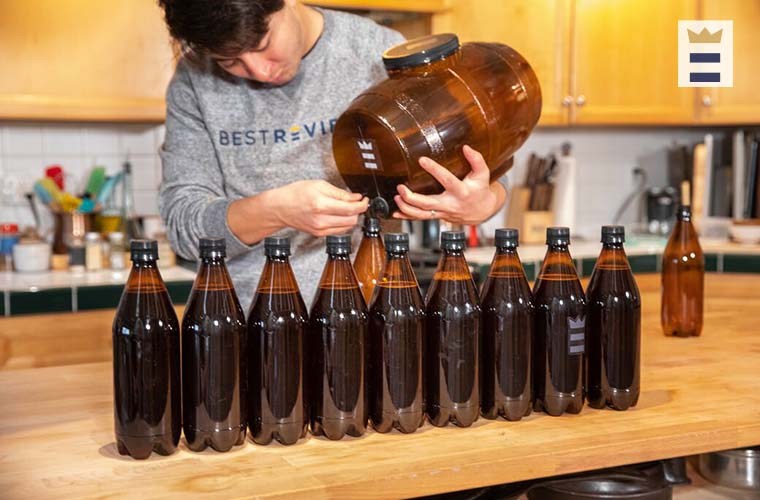 What is craft beer? Here's a complete guide-for beginners to vets

Since 1829, the country’s fondness for craft beer has gradually increased. Over the past decade, however, the craft brewing business has experienced unprecedented growth. In 2011, for example, there were roughly 2,000 craft breweries in the United States. By 2021, that number grew to over 9,000.

So what is craft beer, and why is it so popular?

What is craft beer?

Definition of a craft brewer

If you’ve only had mass-produced beer, you might think all beer tastes the same. That is because mass-produced beer doesn’t have the most diverse ingredients. To keep manufacturing costs reasonable, mass-produced beer tends to use cheaper products — rice or corn instead of hops — which makes the flavor less robust. Craft brewers, on the other hand, make smaller batches using hand-selected ingredients that offer a much broader scope of flavor.

Even more revealing, mass-produced beer is often served very cold. This is partially because cold temperatures lower a person's ability to taste certain flavors that might be considered undesirable in a beer. Craft beer, however, can be served at warmer temperatures. This helps the drinker better identify the many flavors that are present.

Mass-produced beer typically has a narrower field of color — many are pale yellow. Conversely, craft beer has a rich palette that ranges from light to dark.

Pros and cons of craft beer

The most obvious pro is craft beer has a more robust flavor palate than mass-produced beer. This means there is a greater selection — if you don’t like IPAs, maybe something fruity and sweet will be a better match for you. Also, since the beer is brewed in smaller batches, brewers often experiment with flavors, so the menu is constantly changing.

When you purchase craft beer, you are supporting the local economy and fostering a feeling of community. Additionally, brewpubs are family-friendly. If you venture out on a weekend, you will find games, a bright environment, outdoor seating and earlier hours. Some establishments even encourage bringing along the family dog.

What types of craft beer are there?

Since the biggest benefit of craft beer is the wide variety, it is important to understand a little about the many types of brews that are available.

Can you make craft beer yourself?

Depending on your proclivity to try something new, one of the best things about craft beer is it is something you can do yourself. All you need to make craft beer at home is a home brew kit, some patience, an adventurous spirit and the eagerness to experiment. Even better, once you have some hands-on experience mixing different ingredients and learning how to use devices, such as a hydrometer or a refractometer, you will have a deeper understanding and appreciation of the brewing process.

A. ABV stands for alcohol by volume. So, if a beer has a 6% ABV, 6% of that drink is alcohol. The higher the ABV, the higher the alcohol content. Most mass-produced beer has an ABV of 4% to 5% while the ABV of craft beer can vary greatly depending on the style. A double IPA, for instance, can range from 7.6% to 10.6% ABV. By comparison, around 12% ABV is the average for wine.

How long does craft beer last?

A. While different brews last for different amounts of time, most craft beer is best when it is fresh. If there is no “best if used by” date on the can or bottle, ideally, you want to drink it within three to six months for the best flavor. Refrigerated storage is recommended.

What you need to buy to brew your own craft beer

If you like IPAs, this is the beer-making kit for you. It comes with everything you need to make 1 gallon of 6.8% ABV beer.

This starter kit is designed for first-time brewers. It has simple, step-by-step instructions, and it only requires 30 minutes of your time to brew. The beer will be ready to drink in about three to four weeks.

If you’d like to test the ABV of your home brew, this alcohol tester kit lets you do that. It comes with everything you need to quickly and accurately measure alcohol levels in beer, wine, cider and mead.

This compact keg is small enough to fit inside your refrigerator. It holds 64 ounces of craft beer and can keep it fresh for up to two months. The keg works with a disposable Co2 cartridge, which is not included with the purchase.

Once you make your beer, you will want to enjoy it in style. This set of four lead-free, glass, 16-ounce mugs features a sand-engraved heron in a picturesque landscape.

Where to buy: Sold by Home Depot

5 party foods inspired by past Grammy nominees
by Cody Stewart

Love the Grammys? We have everything you'll need for the ultimate watch party
by Bradley Geiser